What is the difference between Windows 10 and Windows 11?

Windows 11 brings a new, Mac-like interface to its next-generation operating system. It has a clean design with rounded corners and beautiful shadows. It can be said that the biggest change in Windows 11 is in its appearance and the developers have focused more on the user interface and design. The notable Start menu is also moved to the center of the page with the taskbar. If you prefer the same mode as before in Windows 10, you can skip it through the settings.

In Windows 11, the Start menu is a bit simpler. You only see a fixed list of programs and your common documents at the bottom. You can scroll through the list and pin your favorite apps. This may sound familiar, but it is important to note that Windows 11 does not support Live Tiles. If you really want to see the information in your Start menu at a glance, Windows 10 is the best option.

As for Windows Task, note that there are big changes in Windows 11 compared to Windows 10. Microsoft has made the search box an icon and also removed Cortana functions in Windows 11. If you need Cortana, you need to enable it from the relevant settings. Downloads, apps, and the search panel have been changed to float design and tab layout similar to Windows 10 and moved to the center of the page.

An important change or difference between Windows 11 and Windows 10 is in improving the gaming experience. Microsoft has now added AutoHDR capability to Windows 11. This way, if your monitor supports HDR but the game does not, Windows automatically converts the content to HDR. In this way, some parts of the image, such as sunlight or the reflection of light sources, are displayed brighter than other areas.

Finally, with the xCloud feature in the Xbox app, you can stream and play games from the Microsoft cloud service without having a powerful graphics card.

Perhaps the most important and expected difference between Windows 11 and Windows 10 is the improvement of the Microsoft Store and the addition of Android apps. This feature, of course, has not even been added to the trial version of Windows 11 yet. But it is said that Microsoft, in cooperation with Amazon, will allow the installation of Android applications on Windows.

In this section, we will refer to the benchmarks on the sites to take a look at the changes in Windows performance…

Windows 11 reportedly has performance issues on AMD Ryzen 7 as well as Intel Core i7-11700 CPUs, which some sources say will be fixed with future updates.

Many sources say that Windows 11 has improved by 5 to 20 percent compared to Windows 10 in terms of processing speed and frame rate in games. Unfortunately, with the benchmark provided by the OneSpot site, these percentages do not apply to the benchmark, and in some cases it has been seen that even Windows 11 performs worse than Windows 10.
Below you can see these benchmarks in some programs and applications. These tests were performed with the AMD Ryzen 7 CPU described above.

Unfortunately, in terms of games, this operating system has not improved much, and according to the benchmark of the OneSpot site, there was only a 1% difference between Windows 11 and Windows 10 in game processing performance.

Until now, it was rare for Microsoft to introduce an operating system that included the same changes or poor hardware performance. Many sources report an increase in Windows 11 performance, but when this was thoroughly investigated, it became clear that this was not the case (at least with the specifications of the system that TekSpot has reviewed). It is not clear what changes have been made to Windows 11 that could improve system performance, and if such changes have been made, we have no idea which hardware configuration to target to achieve that efficiency. Let’s get it!

And the benchmark provided by this site is as follows: 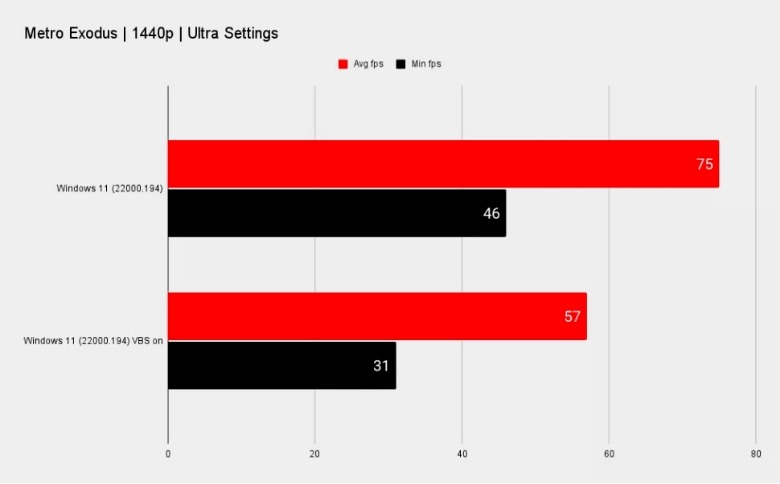 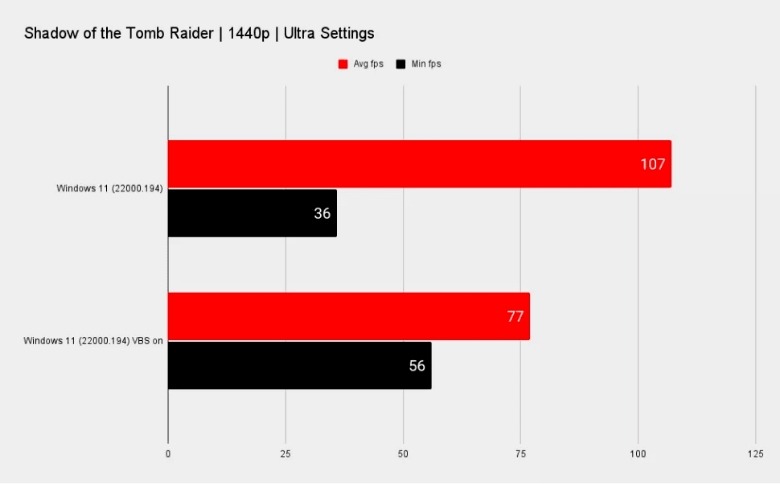 According to this benchmark, it can be said that Windows 11 performs better on other AMD and Intel CPUs and has a higher frame rate in games. But as you can see, the average frame rate or stability in Windows 11 is a bit inconsistent, meaning that the maximum and minimum frames are very wide, and we can say that Windows 10 performed better and is more stable in this case.

Windows 11 brings a lot of improvements, the most notable of which is the design and user interface, which is a major upgrade over Windows 10. In this article, we tried to compare Windows 10 and 11 in running software and games and have an overview of these two popular Windows series. Tell us about your experience with Windows 11, and if there is anything left in this article, be sure to share it with us.